As cinema equipment goes digital, a video creation process that takes full advantage of the characteristics of the large-format cameras (such as shallow depth of field, high sensitivity, low noise, and wide dynamic range), that have been used for conventional cinema applications, is becoming more widespread for broadcast applications such as TV dramas, documentary programs and promotional videos. In response, there is a growing demand for lenses that can achieve excellent optical performance, as well as operability and applicability suitable for shooting when carrying a large-format camera on one shoulder and using broadcast lens standard controllers.

The CN7x17 KAS S was developed by integrating the best aspects of the technologies that the company has acquired through the development of broadcast zoom lenses and EF Cinema Lenses over the years and by further evolving those technologies. The CN7x17 KAS S offers stunning 4K camera-compatible optical performance and is compact and lightweight, which allows the camera operator to shoot with the camera carried on one shoulder. It is an innovative lens that features a high magnification of 7x and covers a broad focal length range of 17mm to 120mm. In addition, the lens can be operated through broadcast lens standard controllers and also used as a cinema lens with full manual operation by detaching the drive unit from the lens.

Canon intends to meet the requirements of broadcast lens users, cinema lens users and a wide range of users involved in video production, by delivering the infinite possibilities of high-grade 4K image expression and comfortable and easy operation.

The CN7x17 KAS S features high resolution from the center to the perimeter of the image and delivers a high-grade, 4K camera-compatible optical performance throughout the zoom range. The lens makes use of wide-diameter aspherical lenses and other optical material technologies, incorporating with cutting-edge simulation technology to achieve optimal optical configuration and correct various aberrations. Furthermore, the latest coating technology is used to minimize the occurrence of ghosting and flare. 4K camera-compatible stunning optical performance High magnification covering a broad focal length range from wide angle to long focus The CN7x17 KAS S offers outstanding 4K camera-compatible optical performance and at the same time covers a very broad focal length range of 17mm at the widest angle to 120mm telephoto. With just this lens, you can expand your creative possibilities for image expression.

Shooting with a camera carried on shoulder

The lens is compact and lightweight, and still can be used with large-format cameras. Since the lens uses a new drive unit and lens barrel with the same size as that of broadcast ENG lenses, it inherits the holding feel of the broadcast lenses (where the distance from the optical axis of the lens to the palm is close), highly preferred by broadcast camera users. Therefore, the lens provides stability in camerawork and does not cause user fatigue even when the camera is carried on one shoulder.

The lens enables operation using broadcast lens standard controllers (such as the ZSD-300D and FPD-400D).

The lens features a high-speed zoom, ensuring that critical moments are never missed. It provides wide-ranging drive speeds and remarkable reproducibility from high to slow speeds, which allows operation just as required by a camera operator.

The drive unit has a high-performance encoder so that the lens requires no initialization. Since the encoder does not require the initialization operation when the lens is powered on, the system can be started immediately.

The lens is equipped with a 12-pin connection cable, which is the standard interface for broadcast lenses and can be used to supply power to the drive unit and to perform iris remote control etc. (Compatible cameras with 12-pin serial communication.) A system with a camera adapter may require an extension cable EC-120/400.

The lens can close the iris completely, which is necessary to calibrate black balance.

Enabled a stable framing by suppressing change of angle of view

The CN7x17 KAS S has adopted the three-group inner focus system (a highly popular system for broadcast lenses and EF cinema lenses) that reduces changes in the angle of view during focusing to assure stable framing at all times.

The lens enables ­ange-back adjustment with an operation as easy as that of broadcast ENG lenses.

The lens enables macro shooting with an operation as easy as that of broadcast ENG lenses.

The lens features an optimal housing structure made by combining the know-how acquired through the development of Canon broadcast lenses with the latest simulation technologies. The lens provides robustness and durability that can endure in severe operating environments for broadcast applications.

When the drive unit is detached from the lens, the lens can be used as a cinema-style full manual zoom lens.

The lens provides focus ring markings on angled surfaces on the lens barrel, which makes it easy to read the focus settings from behind the camera.

Each ring marking is indicated on both sides of the lens to facilitate operation when the cinema camera users use the lens at a movie shooting location. The ring markings indicated on one side of the barrel are coated with luminous paint so that they can be easily read even in the dark.

The focus ring markings are indicated both in feet and metric units (ft/m), making it unnecessary to replace the focus ring in order to switch from feet to metric and vice versa.

The focal length is indicated on the side of the lens front barrel. The lens adopts customary “focal length indications” normally used by cinema camera users.

Compliant with wide-ranging communication standards and with a lens-to-camera communication function for added convenience •CN7x17 KAS S EF-mount lens communicates via an electrical contact when using with a cameras of CINEMA EOS SYSTEM, which enables effective handling of shooting conditions through storing lens data such as zoom position when that picture was shot, as well as other EF Cinema Lens series (Compact Zoom Lens and Prime Lens series). The EF-mount lens will enable to automatically correct pictures by upgrading firmware of the camera. •CN7x17 KAS S PL-mount lens is compatible with Cooke’s /i Technology, which enables transmission of focus, zoom, and iris position data as well as the lens model name so that the camera and editing equipment can display and store the lens information, which further enhances the convenience factor. •Furthermore, the lens is provided with the standard 12-pin interface connector that is used in the broadcast industry. Therefore, the lens can perform the same type of communications as conventional broadcast portable lenses, such as transmission of focus, zoom, and iris position data as well as remote-controlled operation of the iris

The lens is equipped with multiple blades that make the aperture diaphragm rounder and achieves a soft and natural blur e­ffect. It has also adopted an odd number of blades so that the beams of received light spreads without a­ffecting facing direction light each other and creates a soft and elegant beam of light when optimal focus is achieved.

Spherical lens refracts more in the periphery portions than in the centre. For that reason, it is impossible to collect a beam of light at the optimal one point. This is called spherical aberration, and this aberration can be corrected by combining multiple lenses. On the other hands, the aspherical lens can collect the light that passes through both the centre portion of the lens and the periphery portion of the lens at one point. The performance obtained by using several spherical lenses can be achieved using a single aspheric lens. Therefore, the number of lenses in the entire lens configuration can be reduced. This technology contributes to a reduction in the size and weight of the lenses and at the same time makes it possible to produce sharp images owing to its outstanding optical performance. Canon produces high-performance aspherical lenses by means of advanced manufacturing technologies such as aspherical surface grinding and glass moulding processes.

Reducing changes in angle of view to enable stable framing

The CN7x17 KAS S has adopted the inner-focus-type lens formed by a three-lens group, which is a highly proven configuration for broadcast and cinema applications. The lens reduces changes in angle of view that are caused by focusing. 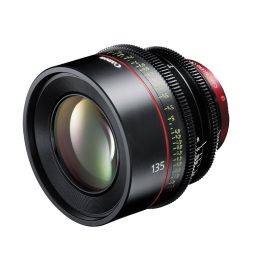 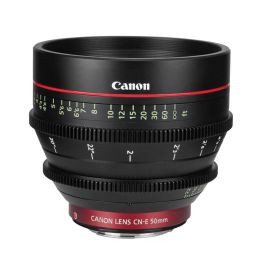